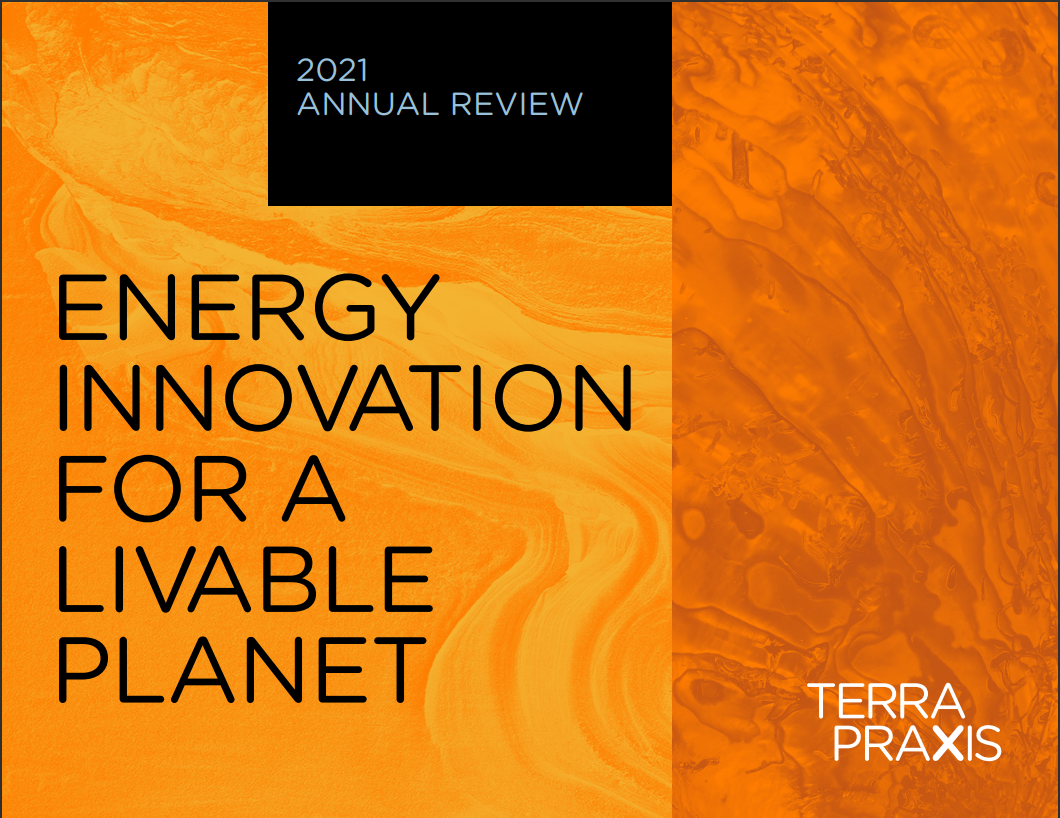 Climate change is an energy problem. We only have 28 years to replace fossil fuels and double our overall energy supply. Our programs could accelerate the reduction of global carbon emissions by repurposing trillions of dollars of existing infrastructure to supply clean, affordable, and reliable energy to billions of people. As you reflect on our 2021 Annual Review, we hope you will be as energized as we are by our success in mobilizing a broad coalition of public and private sector leaders and building momentum for innovative climate solutions. 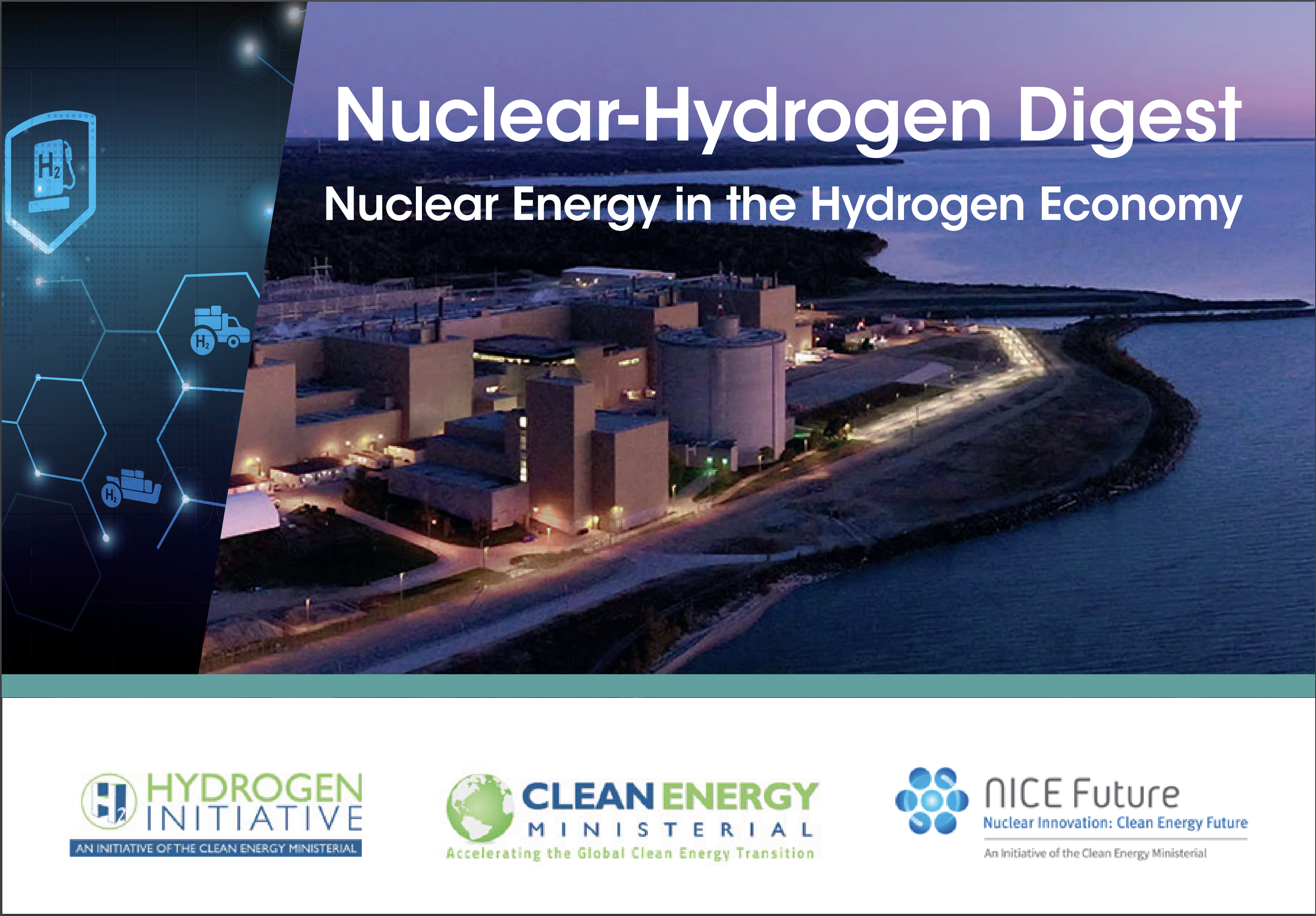 Nuclear Energy in the Hydrogen Economy

The NICE Future initiative published a digest which showcases examples of leading nuclear produced hydrogen initiatives which can be used to power hard-to-electrify sectors such as transport and heavy industry. Eric Ingersoll and Kirsty Gogan were honoured to contribute both a Foreword and a chapter. 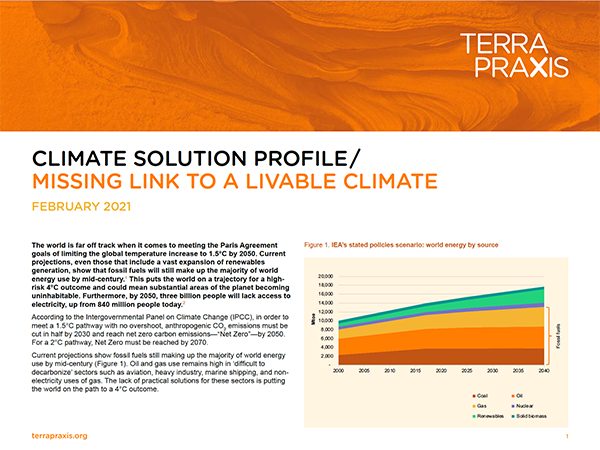 In September 2020, TerraPraxis and LucidCatalyst published the Missing Link to a Livable Climate report. This brief contains its main findings, key messages, and interesting facts on how we can still meet the Paris Goals with proven, ready technology and with no major investments. 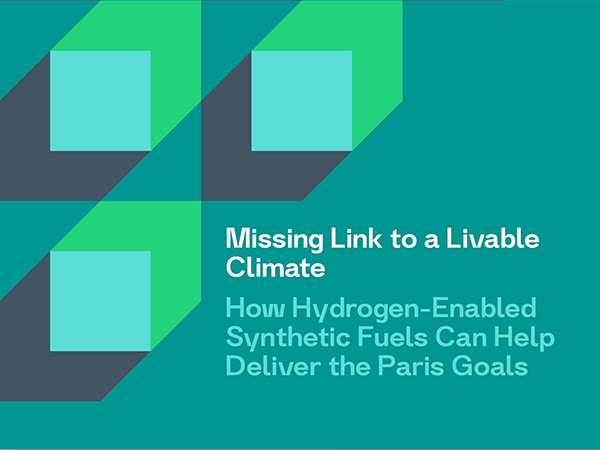 How Hydrogen-Enabled Synthetic Fuels Can Help Deliver The Paris Goals

Our report shows that it’s not too late to still meet the Paris goals — but only if we are prepared to make major investments in clean hydrogen production. There is simply no other way to make the numbers add up — this truly is the missing link we need to maintain a livable climate on this planet.

TerraPraxis staff have worked on the following publications through their affiliations with other organisations, such as LucidCatalyst. 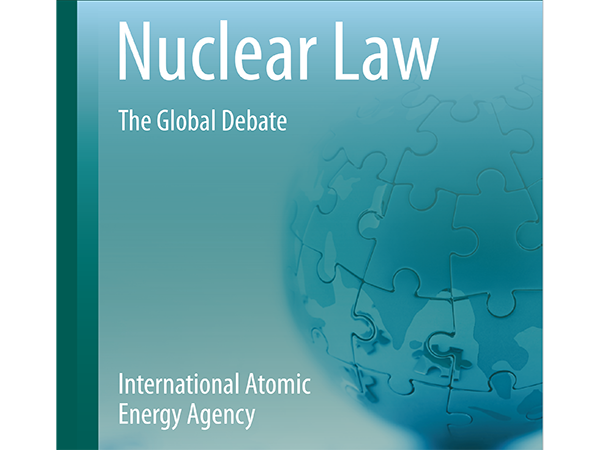 IAEA Director General and leading experts discuss current issues in nuclear energy in this new book by the IAEA. Our Missing Link report (Missing Link to a Livable Climate: How Hydrogen-Enabled Synthetic Fuels Can Help Deliver Paris Goals) is referenced and discussed in Chapter 6 "The Challenge of Climate Change—Complete Energy Transformation: No Nuclear, No Net Zero," by Tim Stone, and also in Chapter 13 "The Humanitarian Atom: The Role of Nuclear Power in Addressing the United Nations Sustainable Development Goals," by Sam Bilbao Y Leon and John Lindberg. 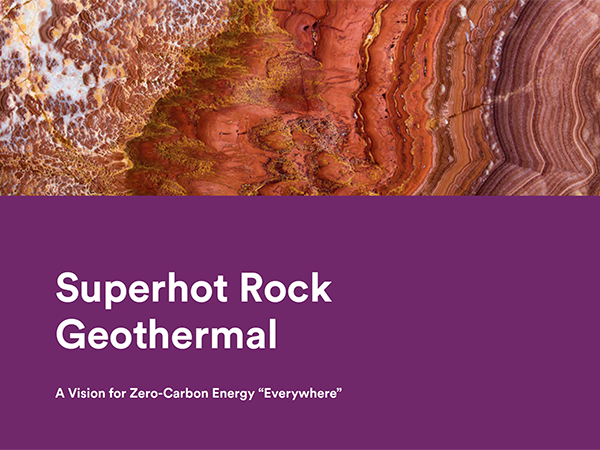 A Vision for Zero-Carbon Energy "Everywhere"

Superhot rock (SHR) has been called the “holy grail” of geothermal energy—because, in most of the world, SHR could provide competitive, zero-carbon, dispatchable power and support zero-carbon hydrogen fuel production. It is one of the very few high-energy-density, zero-carbon resources that could replace fossil energy around the globe. With significant private and public investment, SHR could plausibly be commercialized within 10-15 years. John Herter and Eric Ingersoll of TerraPraxis contributed to this important Clean Air Task Force (CATF) report. 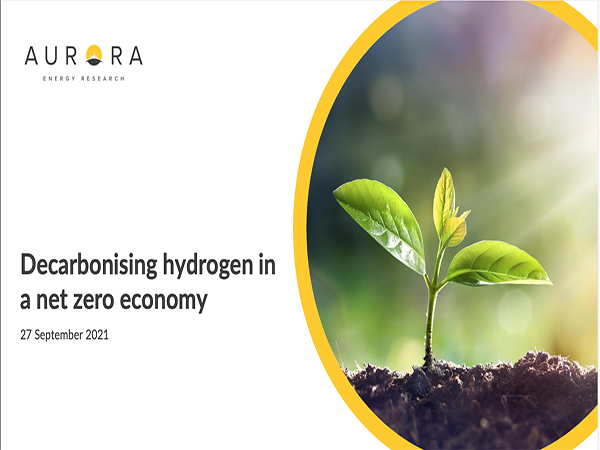 Urenco published the findings from an independent study that it initiated with Aurora Energy Research to investigate the benefits of deploying both nuclear and renewables in hydrogen production, to support the energy transition and meet UK climate targets. To facilitate rapid decarbonisation and cut dependency on fossil fuels, both nuclear and renewables are needed for power and hydrogen production. The report was supported by the IAEA, EDF and LucidCatalyst. 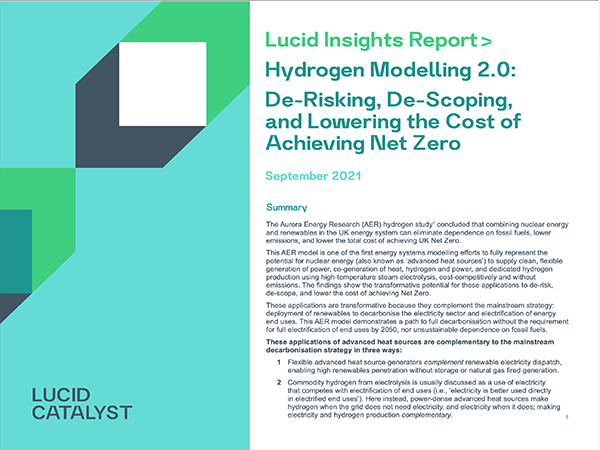 De-Risking, De-Scoping, and Lowering the Cost of Achieving Net Zero

LucidCatalyst published this Insights Report summary version of the the Aurora Energy Research (AER) hydrogen study that concluded that combining nuclear energy and renewables in the UK energy system can eliminate dependence on fossil fuels, lower emissions, and lower the total cost of achieving UK Net Zero. LucidCatalyst was on the project team that informed the full report, available below. 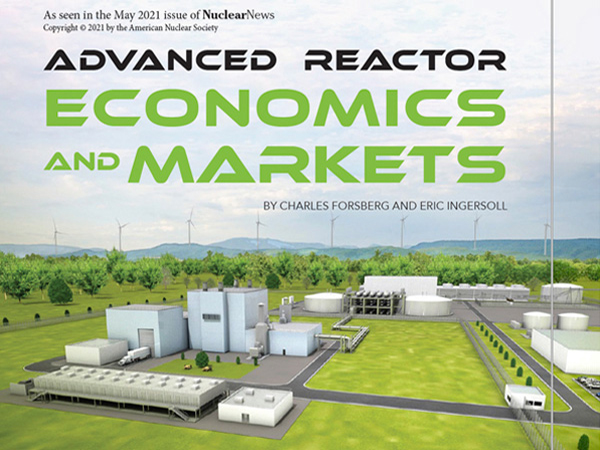 Authors Forsberg and Ingersoll write that the viability of nuclear power ultimately depends on economics. The most important factor is an efficient supply chain, including on-site construction practices. This is the basis for the low capital cost of light water reactors from China and South Korea. The design can significantly affect capital cost through its impact on supply chain. The question is, how can advanced reactors boost revenue and reduce cost? 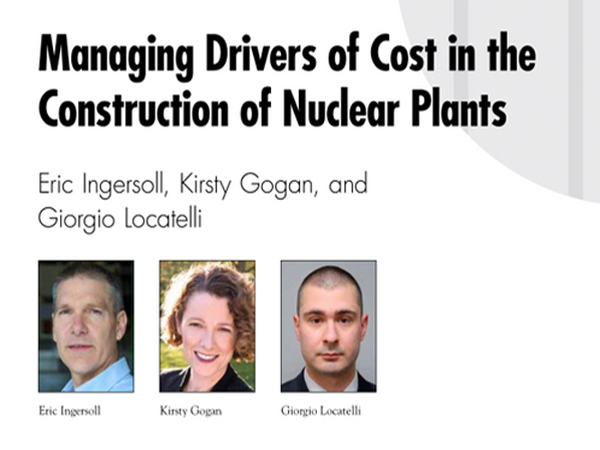 Managing Drivers of Cost in the Construction of Nuclear Plants

In this article, published in the The Bridge (National Academy of Engineering), authors Eric Ingersoll, Kirsty Gogan, and Giorgio Locatelli describe how the US nuclear sector can shift to standardized products with replicable designs delivered by consistent, experienced suppliers, as demonstrated by experience in other countries. 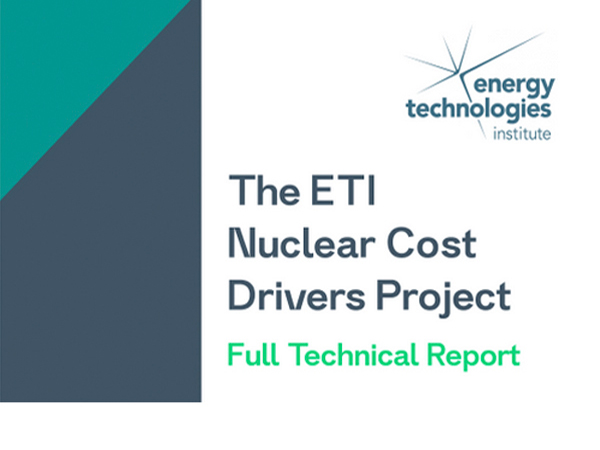 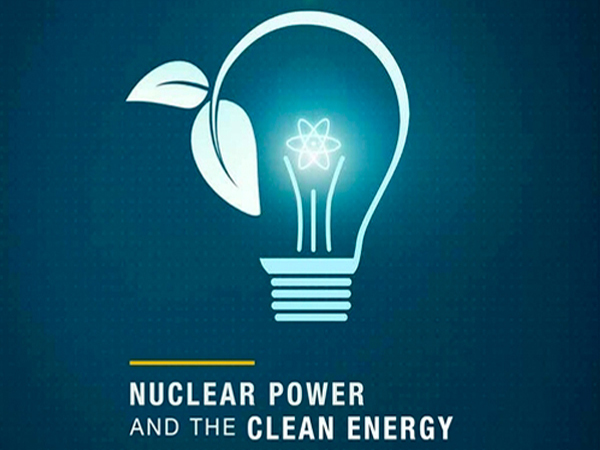 By Eric Ingersoll and Kirsty Gogan, IAEA Bulletin. The Clean Energy Ministerial Flexible Nuclear Campaign we co-founded explores the expanded role that nuclear energy can play in de-risking the energy transition. Here, we describe two opportunities to drive deeper decarbonization with nuclear energy: 1) expand role of nuclear energy in electricity production through a combination of advanced reactors and thermal energy storage to complement renewables in future energy grids; 2) address the use of oil and gas by providing large-scale, low-cost hydrogen produced with nuclear power. 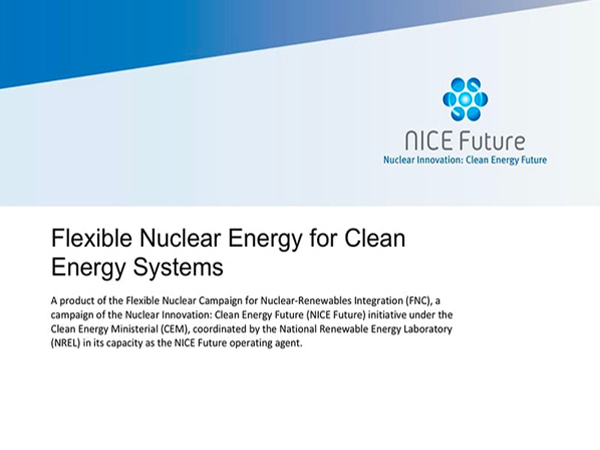 The LucidCatalyst team was honored to be invited to write both the NGO Foreword (with Energy for Humanity and ClearPath Foundation) as well as a dedicated chapter in the report focused on flexible advanced reactors in future energy grids and innovative new hydrogen production facilities. 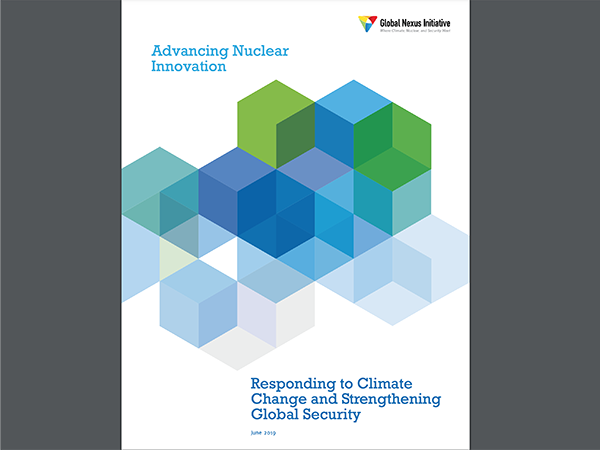 This report is a culmination of meetings and effort from Partnership for Global Security and the Nuclear Energy Institute under the Global Nexus Initiative. Advanced nuclear reactors, the smaller, flexible, and innovative nuclear technologies of the future, are rising in importance as the global community grapples with the vital challenges of cutting carbon emissions, supporting the global demand for electric power, and ensuring the continued peaceful use of nuclear energy in the 21st century. LucidCatalyst contributed.

Read Report »
Thank you! Your submission has been received!
Oops! Something went wrong while submitting the form.