MISSING LINK TO A LIVABLE CLIMATE

The world can still meet the Paris goals of 1.5 – 2°C if sufficient, low-cost, clean hydrogen is produced to replace oil and gas in shipping, aviation and industry, according to a major new report: Missing Link to a Livable Climate: How Hydrogen-Enabled Synthetic Fuels Can Help Deliver the Paris Goals.

However, the amount of hydrogen required is far more than can be produced with renewables alone. For this reason, a new generation of advanced modular reactors, also known as advanced heat sources, will be required to produce enough climate-neutral fuel to displace the 100 million barrels of oil that are currently consumed around the world each day. 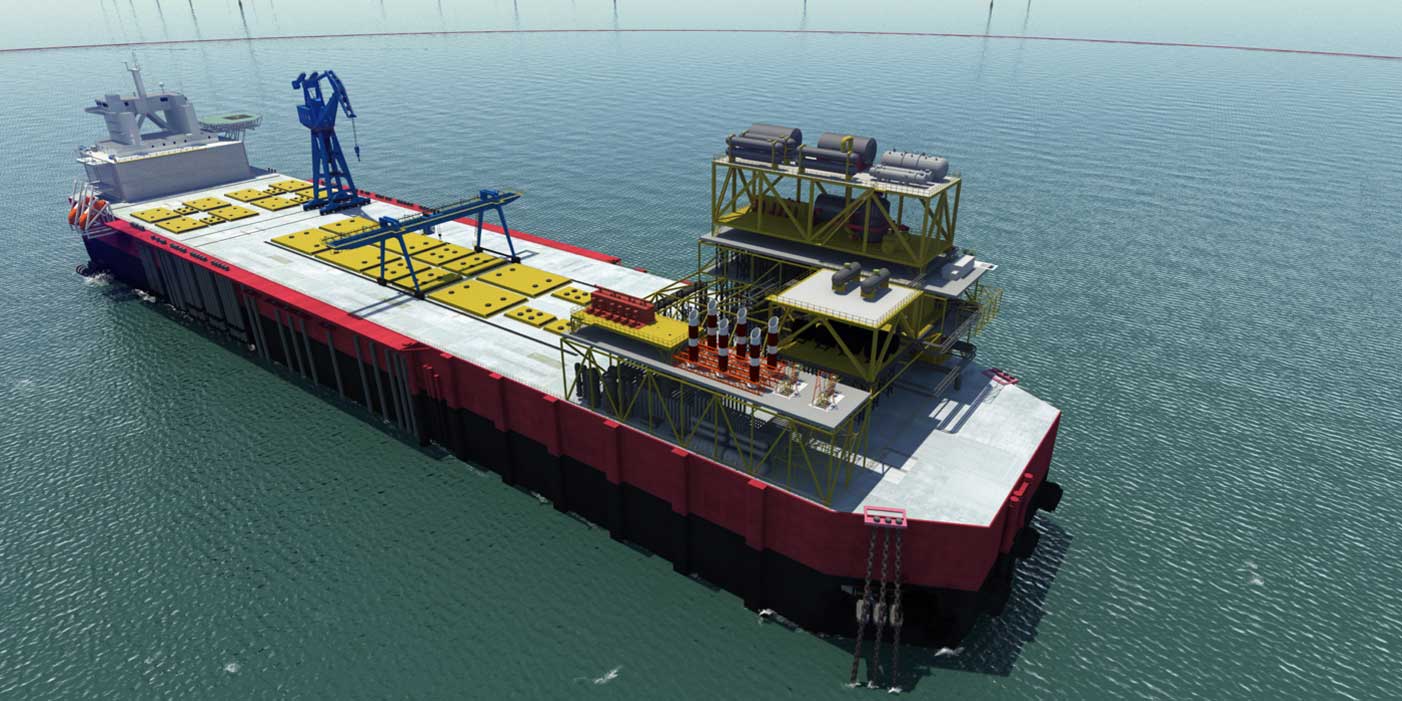 Read the report to learn more about how new shipyard manufacturing approaches can produce abundant clean hydrogen-based synthetic fuels at prices that can outcompete fossil fuels within 10 years.

Shipyard construction of a power, fuels and desalination plant

The overall cost of this approach is less than the existing investment that would otherwise be needed simply to maintain fossil fuel flows in future decades. The clean energy transition from oil to hydrogen-based fuels could be achieved with a global investment of $17 trillion, spent over 30 years from 2020 to 2050. This is substantially lower than the $25 trillion investment the oil and gas industry expect to spend in order to maintain fossil fuels flows in future decades, and dramatically less than the $70 trillion investment that would be needed for an equivalent hydrogen strategy based only on wind and solar.

The world has untapped potential for an industrial breakthrough that could turbocharge the hydrogen economy we so desperately need. Highly productive shipyards can manufacture hundreds of units to power up the clean hydrogen economy and rapidly replace fossil fuels in shipping, aviation, and industry.

Our report shows that it’s not too late to still meet the Paris goals – but only if we are prepared to make major investments in clean hydrogen production. There is simply no other way to make the numbers add up – this truly is the missing link we need to maintain a livable climate on this planet.

To be successful, hydrogen must achieve a target price of $0.90/kg by 2030 to enable broad scale fossil fuel substitution. Current published projections for renewable-generated hydrogen estimate prices of $0.73–$1.64 will not be achieved before 2050.

According to the report, new hydrogen production facilities powered by advanced modular reactors could instead deliver at global scale for $1.10/kg, with further cost reductions reaching the target price of $0.90/kg by 2030. These cost reductions are enabled by this new shipyard-based manufacturing and refinery-scale ‘Gigafactory’ delivery model for advanced heat sources.

Most current climate policies ignore so-called 'difficult-to-decarbonize' sectors such as aviation, shipping, cement, and industry, and focus almost entirely on electricity. However, large-scale production of cheap hydrogen can act as a clean energy carrier and as a feedstock for synthetic fuels, such as ammonia. This can decarbonize aviation, shipping, cement, and industry using known and proven technologies.

If difficult-to-decarbonize sectors continue to be ignored, the world risks experiencing increasingly extreme climate impacts. For example, if we miss the 2°C target, half the world’s population would be exposed to summertime deadly heat, Greenland and the West Antarctic ice sheets would collapse, droughts would increase by 500%, and the Sahara Desert would begin to expand into southern Europe.

The report also looks directly at physical space challenges resulting from different modes of hydrogen production. For example, the area required for solar generated hydrogen to replace the UK's current oil consumption is about the size of Wales. New advanced reactors take up less than one-hundredth of the space, thus avoiding 'energy sprawl' and land-use conflicts associated with country-sized renewables industrial developments or extensive use of biomass energy. 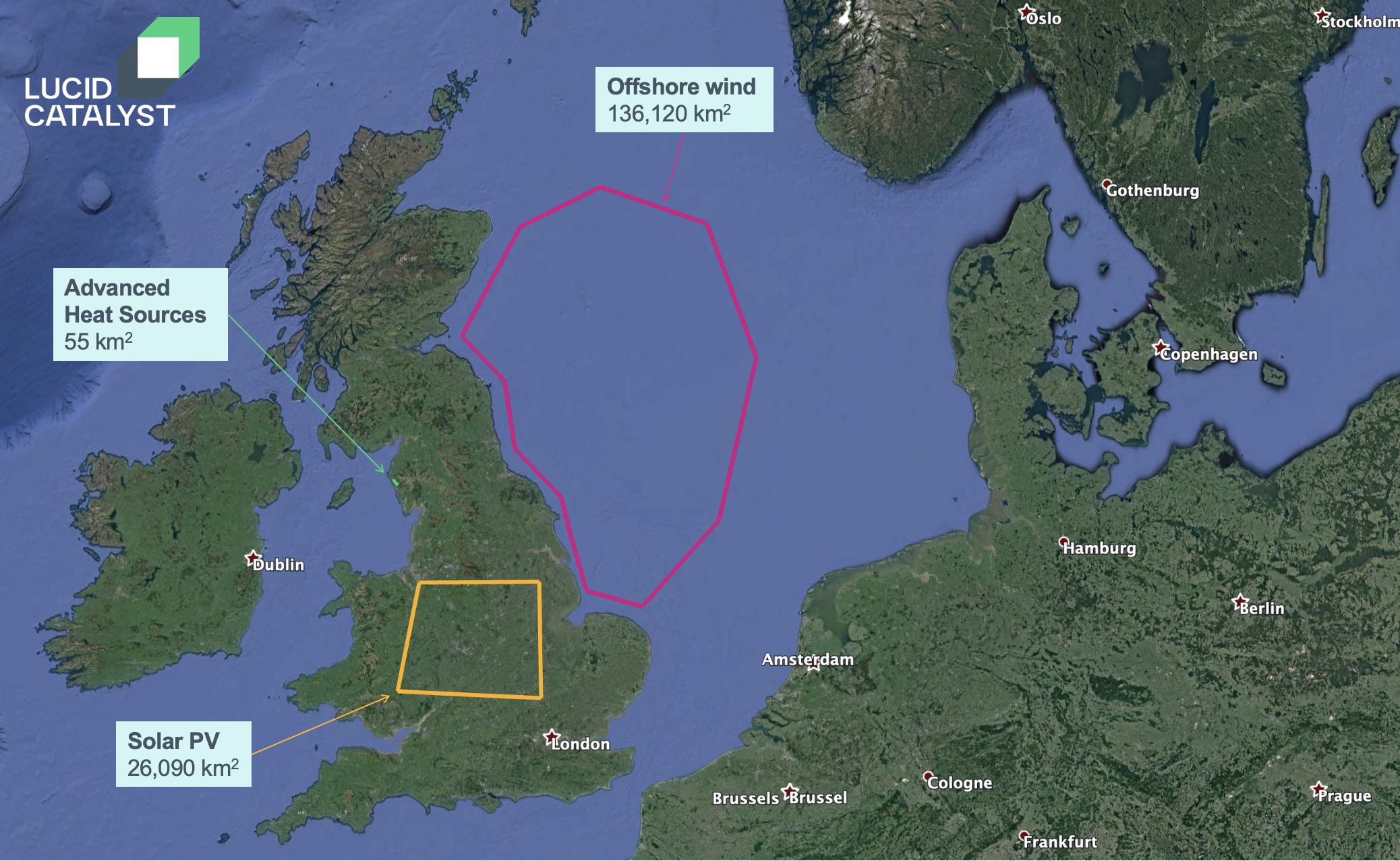 To achieve the lowest cost renewable-hydrogen, it is possible to co-locate wind and solar projects, in the best combined wind and solar resources, to deliver high capacity factors and hydrogen at around $2/kg within the 2030 timeframe. However, most of these locations are remote from populations and markets. Adding distribution costs from remote locations, for example, Australia to Japan, increases costs from $2/kg to $3.3/kg. This raises the cost beyond the threshold of economic competitiveness ($0.90/kg), which this report describes as essential to achieve widescale substitution of fossil fuels.

Just to be clear: we are strongly pro-renewables. The strategies described in our report are intended to be additional to the contribution from renewables, not an alternative. We need to throw everything we’ve got at the climate problem and this report shows we have an important new tool in the box. 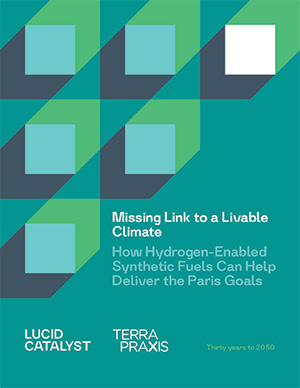 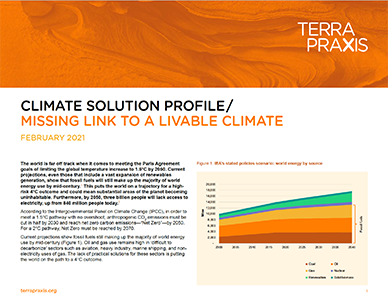 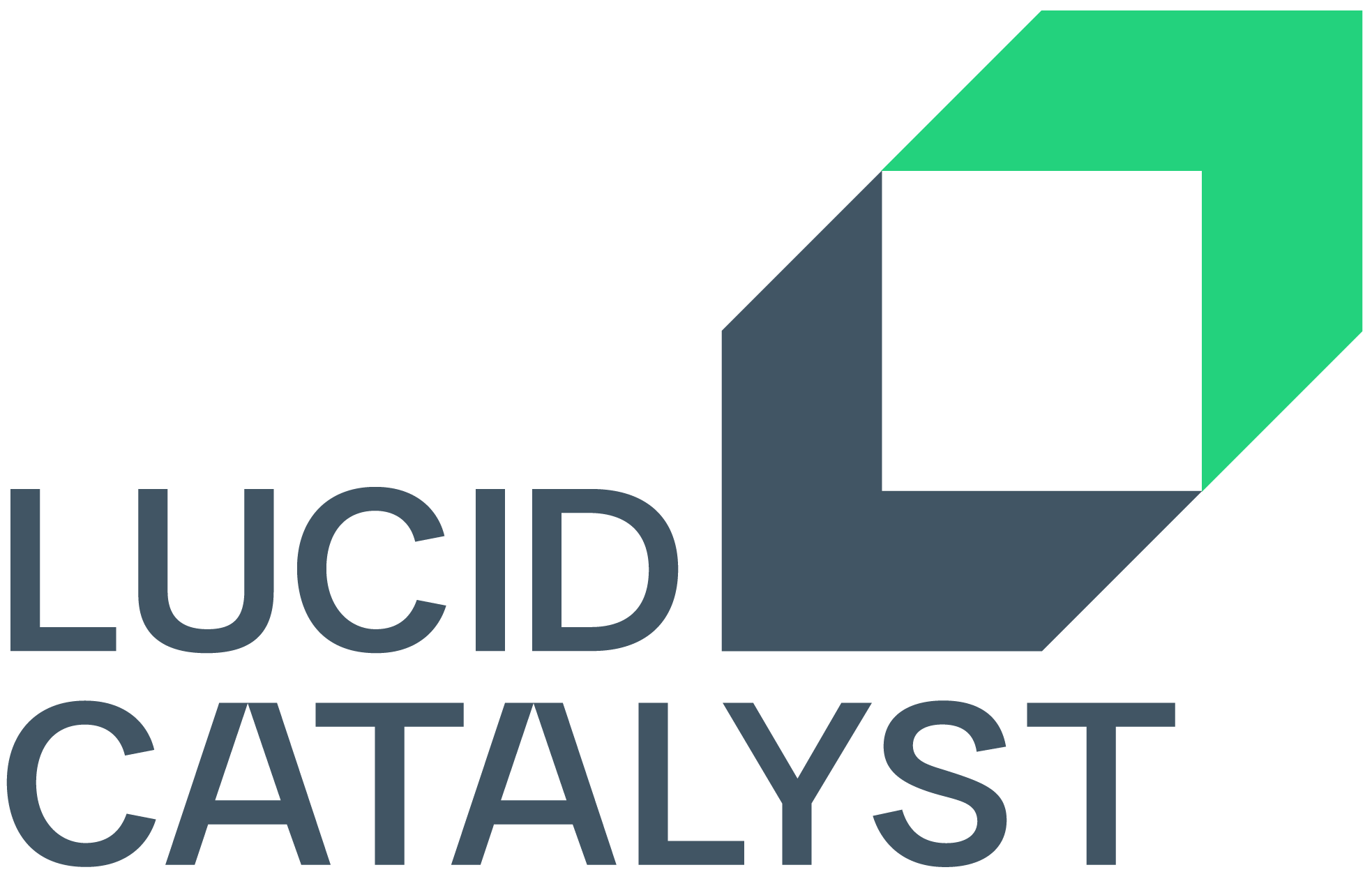